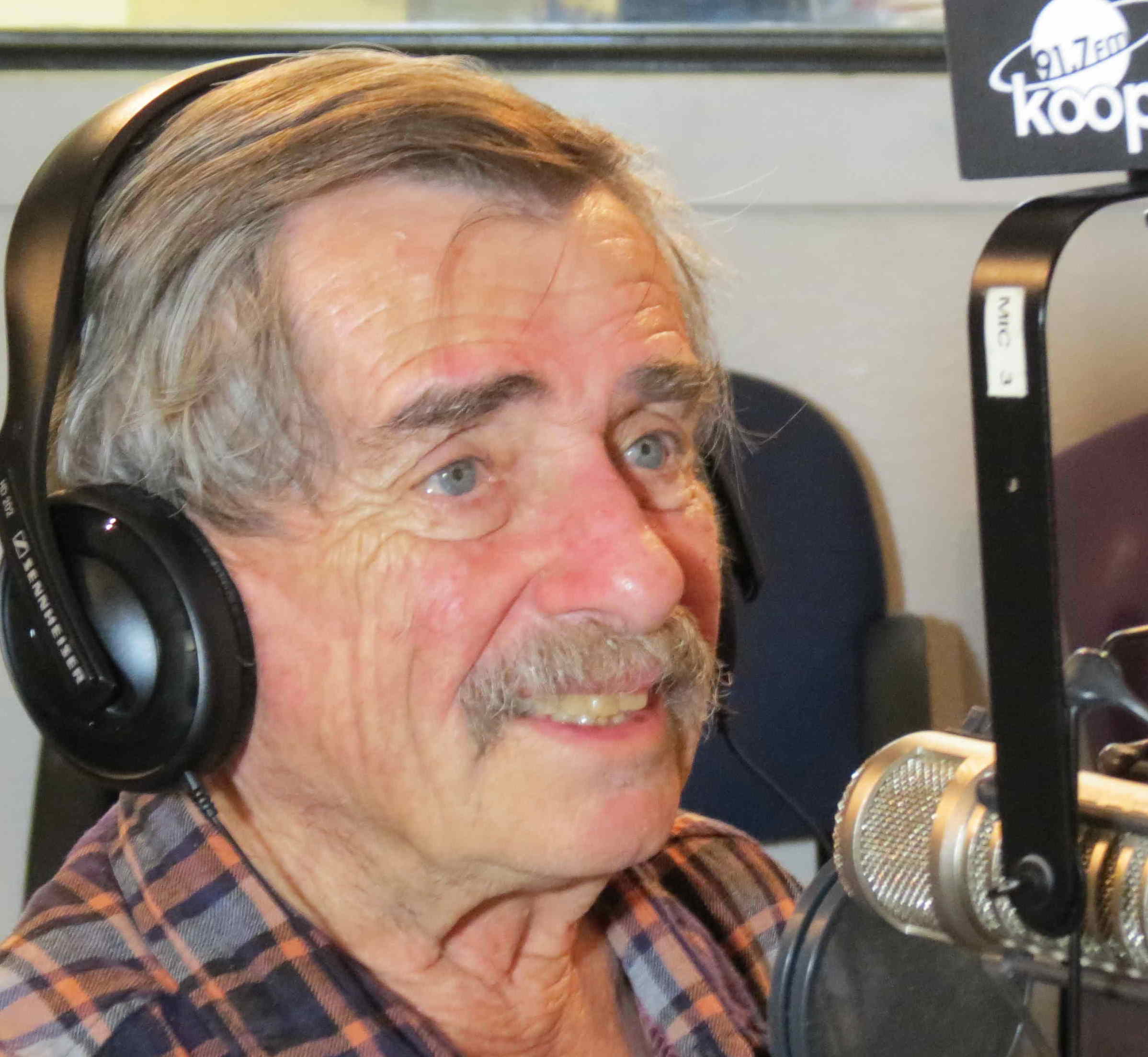 Thorne Dreyer's guest is historian and author Philip Russell, who has discussed the state of affairs in Mexico -- first under Enrique Peña Nieto and now under Andrés Manuel López Obrador (AMLO) -- for the last six years on Rag Radio. Among topics discussed are the political scene in Mexico under AMLO -- inside his party and outside. Also, his environmental record, security, his popularity, the economy, his three pet megaprojects, energy policy, immigration, and Mexico's Air Force One. We'll see how much of that we can get to!
Austin resident Philip Russell has written six books on Latin America, including The Essential History of Mexico (Routledge, 2016), and is the editor of the Mexico Energy News. Philip, who also writes about Mexico for The Rag Blog, is making his ninth appearance on Rag Radio.
Above: Philip Russell on KOOP-FM in Austin, February 7, 2020. Photo by Roger Baker / Rag Radio.
Rag Radio is produced in the studios of KOOP 91.7-FM, an all-volunteer, cooperatively-run, solar powered community radio station in Austin, Texas, in association with The Rag Blog and the New Journalism Project, a Texas 501(c)(3) nonprofit. It is streamed live on the Internet at KOOP.org and Radio Free America. The host and producer of Rag Radio, Thorne Dreyer, is a prominent Austin-based activist and writer who was a pioneer of the ’60s underground press movement. The show’s engineer and co-producer is Tracey Schulz and the staff photographer is Roger Baker; Suzy Shelor is Rag Radio associate; Alice Embree is guest host; Glenn Smith and Roy Casagranda are our political analysts, and Evan Hearn is the Rag Radio apprentice. The syndicated show is broadcast (and streamed) live Fridays, 2-3 p.m. Central) on KOOP, and is later rebroadcast and streamed on WFTE-FM in Mt. Cobb and Scranton, PA., on Houston Pacifica's KPFT HD-3 90.1, by KKRN, 88.5-FM in Round Mountain,  CA, and at WALHRadio.com in Wilmington, OH -- and as a featured podcast at Veterans Today. Learn more about Rag Radio here.
Running time: 55:33
Contact:  ragradio@koop.org.